RE-RELEASE ANNOUNCEMENT - HUNTER OF THE DEAD

HUNTER OF THE DEAD is back, in all its savage and gory glory! It's been re-released by Crossroad Press, and with a fancy new cover! You could say it's been... re-vamped. 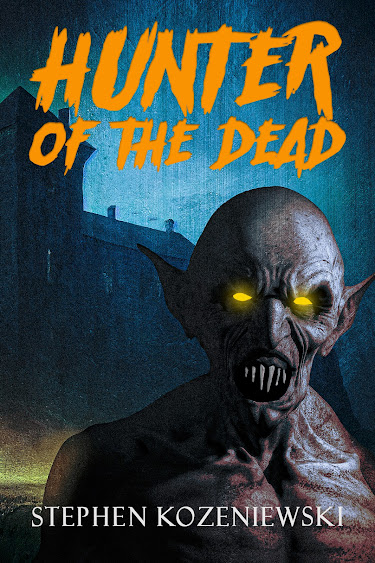 Someone has begun targeting vampires.
Vampire leaders of the thirteen Houses attribute the string of recent losses to over-zealous vampire hunters. Only Cicatrice, the most ancient and powerful vampire in the world, suspects that the semi-legendary Hunter of the Dead may be the real culprit.
Carter Price, a vampire hunter who despises the way his profession is becoming centralized and corporatized, begins to suspect the Hunter of the Dead is back, too—and no longer distinguishing between vampires and mortals. Against his better judgment, Price agrees to work with Cicatrice.
The uneasy allies attempt to uncover the truth about the Hunter, while a vampire civil war brews in the background. But perhaps most difficult of all, they must contend with their new apprentices, who seem to be falling in love with each other against every rule of man and monster…
If you haven't already picked up HUNTER OF THE DEAD, you can find it at the following outlets:
AMAZON
BARNES & NOBLE
SMASHWORDS
KOBO
GOOGLE PLAY
If you're a vampire fan, I think you'll like it... in fact, I'd "stake" my reputation on it!
Posted by Kayleigh Edwards at 8:00 AM No comments: