Plenty of "What the Hell?" Moments: Interview with A.I. Winters, Author of SUMMONER OF SLEEP

Ho ho ho, everybody!  Merry Horror Christmas.  I'm very pleased to welcome a perfect guest for the tail end of Spooky Season.  Let's meet her briefly and then jump right in! 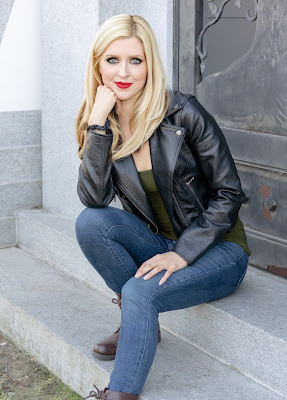 A.I. Winters is an award-winning horror and fantasy author. Her titles include SUMMONER OF SLEEP, STRANGE LUCK, THE NIGHTMARE BIRDS, and A DARLING SECRET.

Born in Northern California, Winters has since lived in every region of the country, but now resides in Los Angeles. She has published many articles on writing and publishing, and has worked as a grant writer and copy editor for non-profits, municipalities, and major corporations.

When not writing books, she enjoys breaking a sweat in Jiu-Jitsu class, baking desserts, and traveling.

SK: "Evil Dead" or "Evil Dead 2?"
AIW:  "Evil Dead 2!" It’s so over-the-top silly and slapstick. My favorite scene is when Linda comes back from the dead and dances in the woods. A few years ago I visited the Bearded Lady’s Mystic Museum in Burbank where they had an "Evil Dead" exhibit. Got to check out the iconic basement set, shotguns, and even the talking deer head. You’ve never seen me happier! 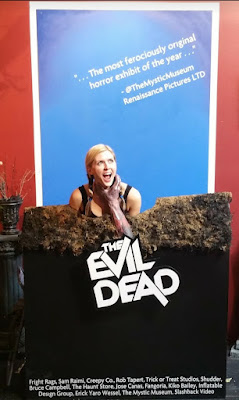 SK: So in your day job you write grants and copy for a variety of entities. How does this dovetail with your career in fiction?
AIW:  Being a technical writer by day has really helped me in the organizational aspect of writing fiction in terms of keeping track of small details, organization, condensing content, and editing. From the other perspective, writing fiction has strengthened my technical writing game in the sense of learning how to write hooks and eye-catching content. I’m very fortunate that both types of writing jobs really allow me to constantly learn and finetune my writing and editing skills.
SK: How are you gearing up for Halloween this year?
AIW:  Absolutely fantastic! I’m a total Halloween enthusiast, which is why I’m pleased to announce that I’m actually getting married this Halloween. Black dress. Black and orange nails. Pumpkins. Cobwebs. Spooky music. The whole shebang!
SK: Tell us a little bit about your tattoos.

AIW:  My back is covered in a Viking goddess (Hel). This is meaningful to me for so many reasons. I have Nordic blood and have always been drawn to the Vikings. They are a symbol of power and determination for me. I visited Iceland a few years back and it was magical to learn more about the Vikings and see actual archaeological remnants of their culture. On my leg I have a luck “ghost” dragon. I like to keep it spooky, so I decided never to fill in his eyes. The tattoo artist didn’t understand and said, “so you want it to be a ghost dragon?” I always liked that analogy. To me it’s a symbol of vitality and good luck.
SK:  What did we not talk about today that you'd like to put out there into the world?

AIW:  I just released a new psychological horror/thriller novel in the vein of H.P. Lovecraft meets Clive Barker. It’s called SUMMONER OF SLEEP and I’m so happy that it’s live in time for Halloween. Expect dark magic, occult themes, monsters, and plenty of “what the hell?” moments. Happy reading.

About SUMMONER OF SLEEP: 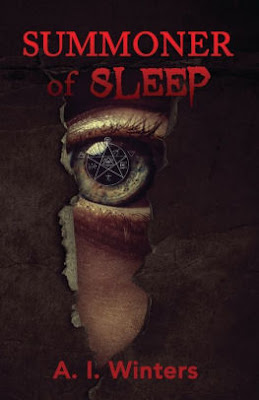 A dark family secret. A town that doesn't exist on any map. An elixir that will unleash an apocalyptic, transformational horror on the world.
In the isolated mountain town of Marble Woods, the townspeople harbor a dangerous secret. It's here, away from the civilized world, that they can experiment with human genetics that have the power to alter your mind and body. When Ryder Ashling, a down-on-his-luck longtime sufferer of nightmares, discovers the town, he thinks he's found a cure, but bears witness to their research and its terrifying, inevitable unraveling.
In exploring the disturbing crossroads of genetic manipulation and lust for youth and control of the physical, Winters' cautionary tale of the perversion of natural order and desire will entice and rattle readers in this thought-provoking tale of terror.
Posted by Stephen Kozeniewski at 12:00 PM