Well, folks, thanks for stopping by this month.  I'm very glad to round out 2019's Women in Horror Month interview series with someone I've had the pleasure of meeting and serving on a panel with at Stoker Con 2018.  Let's give a warm welcome to the devilishly talented Nadia Bulkin! 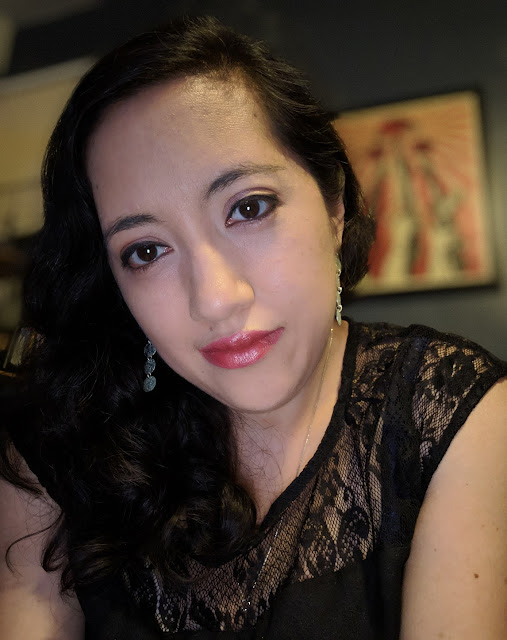 Nadia Bulkin writes scary stories about the scary world we live in, thirteen of which appear in her debut collection, SHE SAID DESTROY (Word Horde, 2017). Her short stories have been included in editions of THE YEAR'S BEST WEIRD FICTION, THE YEAR'S BEST HORROR, and THE YEAR'S BEST DARK FANTASY AND HORROR. She has been nominated for the Shirley Jackson Award five times. She grew up in Jakarta, Indonesia, with her Javanese father and American mother, before relocating to Lincoln, Nebraska. She has a B.A. in Political Science, an M.A. in International Affairs, and lives in Washington, D.C.

NB:  I write horror stories, mostly (my first collection of said stories, SHE SAID DESTROY, was published by Word Horde in August 2017). I also consider myself just a fan of the genre - since I was a little kid, I've watched an ungodly amount of horror movies, mostly because I enjoy the safe experimentation with danger, and also as a form of therapy. I review them on my Twitter.

NB:  From a strictly visual, horror media viewpoint, I'm really scared of Japanese yurei-style ghosts, especially once you introduce the broken, insectoid movement of ghosts like Kayako in "Ju-on." I think it pings some primitive nerve ending in me that says, "that is not natural, that is unpredictable, that is unsafe." I literally have to hide behind the couch if someone puts on "Ju-on" or "Kairo" ("Pulse"), that's how much it gets to me.

In my waking life, particularly as a woman, I'm mostly scared of physical harm being done to me by others. But I also get the heebie-jeebies when uncanny things happen that I can't explain, something that pings that same nerve of "this is not normal, this is not safe." Something that, even if it looks innocuous and just gets filed under "eerie coincidences," still hints that there are larger forces beyond our comprehension capable of messing with our reality.

NB:  The two biggest challenges for me are: how to grapple with the fact that a lot of horror rests on the destruction and demonization of women and female bodies, and the very interrelated fact that horror is considered to be the domain of male auteurs. On the one hand, horror has a lot of potential as a subversive genre (and that's why I love it); on the other, a lot of horror is actually very retrograde. Even extremely violent, shocking horror usually just enacts the same violence that's been inflicted on women and children in the name of war for millennia. It gets to be suffocating, at times, being the punching bag of every story. Personally, acknowledging that status quo and surviving within it has been a huge focus for me and for my stories. Besides, surely horror shouldn't feel so "been there, done that"? The only solution, really, is to invite more people who aren't straight men into the genre and to let them tell the stories they want to tell, instead of expecting them to play the same game as everyone else in order to be accepted.

NB:  Katie from "Paranormal Activity." Helen from "Candyman." Eleanor from THE HAUNTING OF HILL HOUSE (book, not miniseries).

NB:  What I can promote right now is the anthology Ashes and Entropy, which features a ton of talented horror writers (Laird Barron, Damien Angelica Walters, John Langan, Kristi DeMeester, Jon Padgett, et al.). I have a sports-themed horror story in it ("Flesh Without Blood"). On a related note, I'm currently working on a sports-themed memoir that's outside genre confines, but is still extremely dark.

About SHE SAID DESTROY: 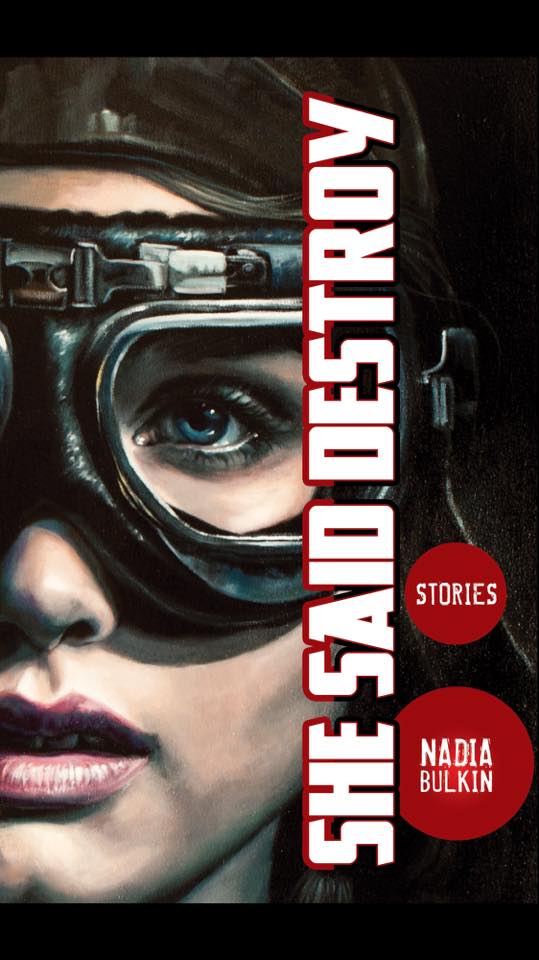 A dictator craves love--and horrifying sacrifice--from his subjects; a mother raised in a decaying warren fights to reclaim her stolen daughter; a ghost haunts a luxury hotel in a bloodstained land; a new babysitter uncovers a family curse; a final girl confronts a broken-winged monster...

Posted by Stephen Kozeniewski at 12:00 PM