Hey, everybody!  Head on over to Thunderstorm Books to reserve your copy of CLICKERS NEVER DIE today.  Only ten days remain, so don't miss out! 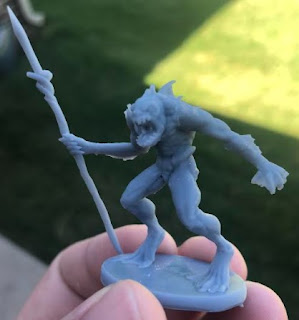 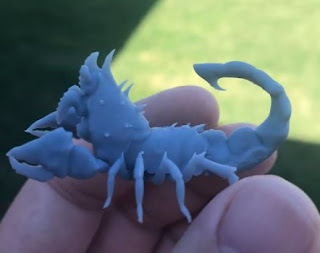 (Oh, and it comes with two free miniatures, courtesy of my co-author!)
The seminal horror series created by J.F. Gonzalez, Mark Williams, and Brian Keene reemerges from the depths with the weirdest, most brutal installment yet!

Washed-up oceanographer Cameron Custer is hoping a mysterious living fossil discovered in the South Pacific could breathe new life into his career. Instead, Custer’s new specimen points him toward a heavily guarded secret — the truth behind the Guadalcanal Campaign. During World War II the U.S. Marine Corps had more than just the Imperial Japanese Army to contend with. They also had to wage a vicious battle against the amphibious Dark Ones and an onslaught of their deadliest servants.

Now, an ocean heaving with blood and guts, a battlefield teeming with rage and terror, a man’s demented love affair with a fish monster, and a boy’s heartwarming friendship with a prehistoric crab monster will all combine to prove that… CLICKERS NEVER DIE!