Posted by Stephen Kozeniewski at 11:45 PM No comments:

All right.  I'll bite.  Let's talk about something publisher-y.  Or agent-esque.  Whichever you prefer.

Let's start with a "for instance."  Suppose you get a weird bill in the mail from your dentist charging you $2000 for something your dental insurance was supposed to cover.  What's the first thing that you do?

Or, as another hypothetical, what would you do if the contractor who was supposed to fix your roof sent you an e-mail outlining him doing almost the exact opposite of what you asked him to.  What would be your first recourse?

Suppose your cable went out, even though you paid your cable bill on time this month.  Options?

Am I getting too obtuse?  What was your answer to each of these?  If you're like me, it was, "Pick up the god-damned phone!"  (Maybe "send an e-mail" on the second one.  But only if you're super passive.)

And if you're a pretend make-believe author like me, a little light just went off in the back of your head, too, going, "Ah, I know what he's talking about."  For the benefit of everyone else, I'll just tell you.  For some reason agents, editors, and publishing professionals in general insist on a strict, "Don't-Ever-Fucking-Call-Me-Or-I'll-Blackball-You-From-The-Industry" rule.  As a baseline.  Sometimes their threats are worse.  Like calling the police on you if you have the gall to show up at their office.  Because if you show up at their office or try to call them on Alexander Graham Bell's prize fucking invention, you're some kind of lunatic born with neither common sense nor a mother to beat the common sense into them.

Here's the thing: you might think I'm exagerrating, even just a scoche, but I'm not.  These people take these things DEAD SERIOUSLY.  Now, I'll be honest, I'm a by-the-book kind of guy, I'm even a pretty passive guy, and I let life wash over me and take the path of least resistance.  So, no, I don't call agents on the phone.  Mostly because they all have this crazy insistence that you don't.  And I understand WHY they say not to call, because they don't want to talk to every Tom, Dick, and Harry, let alone every Lee Harvey, John Wayne, or Jack the.

So, okay.  I get it.  You have your little rule.  No phone calls unless you're a client.  That's fine.  I have little rules I have to follow at work that piss people off, too.  (They're called HIPAA.)  But here's what truly aggravates me: the way they normalize it.  And then WHINE about it.

I probably shouldn't name names.  I certainly won't name names.  But I follow A LOT of industry blogs and websites.  And, almost inevitably, every couple of weeks, if not sooner, comes the post about THE CRAZY ASSHOLE WHO THOUGHT HE COULD CALL ME!  ME, OUT WHOSE ASS THE SUN DOTH SHINE!  No, I'm exaggerating this time.  I can admit it.

Look guys: get a grip.  Human beings in general...and business people IN PARTICULAR....call one another.  It's something we're taught to do.  I don't know about you, but I was raised to believe that doing business face-to-face was best, and then by phone was second best, and then by correspondence was third best, and then by e-mail was the least preferable.  (This was before texting and tweeting.  I assuming those get the bottom of the barrel now when teachers and moms are telling their kids this stuff.)

Yeah, I know, I get it.  You have your special little rule about no-callsies.  I don't do it.  Because, as I mentioned before, I follow the industry pretty closely and I get that this is a pattern.  But when you act like everyone should just know that, or, worse, infer that, you know what you sound like?  I won't leave that hypothetical, you sound like an asshole.  The expectation is that professionals will talk to one another.  (That, by the way, is called professional courtesy.)  And I get that in your mind, and in your not-altogether-unfounded worldview, I'm not a professional yet worthy of talking to because I haven't yet passed through your hallowed gates (which I can't do until you let me in...but I digress) but NOBODY ELSE SEES IT THAT WAY. 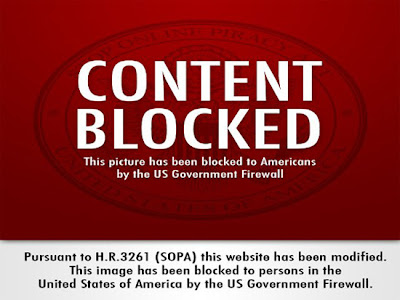 Posted by Stephen Kozeniewski at 8:11 PM No comments:

The Archaeopteryx of Magazine Articles

This is pretty hilarious.  (And if you can't be bothered to read it, don't worry, I'll do a much better job of summarizing the whole story in two sentences a few sentences from now.)

The CONTENT is not hilarious.  The content is decidedly banal.  Let me summarize this article for you in two sentences: "You know what's inaccurate about the Journey song 'Don't Stop Believin'?'  There is no South Detroit."

There, I just saved you roughly seven minutes if you're a slow reader.  Now, here's what's hilarious.  Scroll down to the bottom where online articles print their retractions.  I'll just reprint this in its entirety without the permission of the copyright owner, because this retraction is by far more amusing than the entire article:

This post has been corrected to note that Eminem was from the East Side, and Motown is in the West, not the North. Also, the midnight train in the song goes "anywhere" and not, as we had it, "nowhere." In our erroneous version, the train is far less useful, and we hope nobody attempted to book tickets.

Did you catch that?  So, long story short, this asshat goes to the trouble to write a full-length, 650-word magazine article in order to point out a single, trivial error in a decades-old song that is almost certainly due to nothing more malicious than artistic license.  Then, IN THE COURSE OF THAT SAME ARTICLE the author himself makes THREE trivial errors that were almost certainly just due to bad research.

This is somewhat akin to me saying, "Whales aren't fish.  They're extinct, bipedal birds."
Posted by Stephen Kozeniewski at 7:08 PM No comments:

So, last week I posed you people a challenge.  And you raaaaaallied.  Boy, did you ever rally.  Did someone take my advice and set up a drinking bird to keep clicking refresh?  Because that person gets a special Manuscripts Burn prize if he/she steps forward.

Anyway, I know you've been sitting on pins and needles for the last seven days wondering how it went, so I won't keep you in suspense any longer.  WE DID IT!  December 2011 was Manuscripts Burns's biggest month EVER*.  Take a look at the final chart:

With, uh, oh, I'm not a big fan of numbers, let's say, twenty million more hits than June 2011, December was the most popular month for Manuscripts Burns of all time*.  OF ALL TIME*!  In case you're only used to looking at charts like this and you're not sure whether I'm snowballing you or not, take a look at this revised chart (red line added by the author):

So thanks to all of you.  And a special Happy New Year!  May this one be full of all the blessings that shitty 2011 wasn't.

* Except for massive amounts of missing data including the entire year of 2010, seemingly.  Gooooooooo, Blogger Stats Engine!  No, really.  Fucking go.
Posted by Stephen Kozeniewski at 12:21 PM No comments: