A Feast of Horror...For Your Ears! 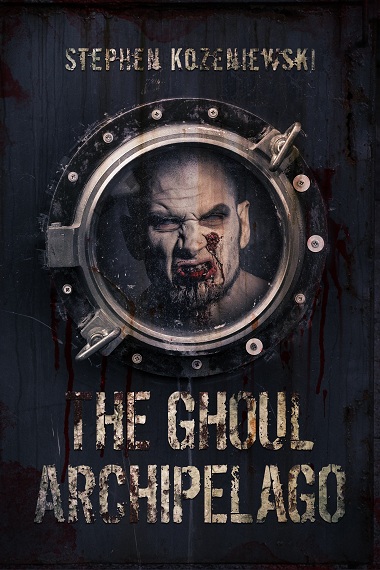 THE GHOUL ARCHIPELAGO is now available as an audiobook!  You can purchase it from:

If you've never read TGA before, this is now the Cadillac of ways to enjoy the book.  And if you have, voiceover artist Jennifer Fournier has turned this into a wholly novel experience, well worth revisiting.
Posted by Stephen Kozeniewski at 2:45 PM No comments:

Email ThisBlogThis!Share to TwitterShare to FacebookShare to Pinterest
Labels: The Ghoul Archipelago

Tips For Conducting an Interview

If you've been following my group blog closely (and if you haven't, really, what's wrong with you?) you've probably noticed that there's been more emphasis on interviews this year.  That was a deliberate choice at the suggestion of contributor Kimberly Garnick Giarratano.

Interviews are great for content.  They essentially double your audience, because you tap into the audience of both interviewer and interviewee.  I've done a lot of interviews here on the blog, and I've also been the subject of a number of interviews.  So here are some of my thoughts on how to conduct a good written interview:

1.) First of all, do some research on your subject. You may find questions just jump out from that. For instance, I was writing questions for an author and I found out his dad was a general in the British army, so I asked what that was like.  Whenever you can ask about things other than their basic bitch job, you're showing that you know about them, which is a good thing, and you're giving them opportunities to talk about subjects they may not always get to discuss.  Which dovetails with my next suggestion:

2.) Don't ask questions that have been asked a million times. I, and every other author who ever lived, has already answered "Where do you get your ideas?" and "When did you start writing?"  These are boring questions.  They're boring because they're boilerplate, and they're also boring because they're hard to put a fun spin on.  Your interview subject will probably have a canned response and that's no good, and nobody likes answering those questions anyway. Things that are constantly changing like, "What are you working on now?" are fine, because at least the answer can be different from interview to interview.

3.) You can throw in one whackadoo question, but I recommend keeping it to just one unless you know the person really well. I once asked an actress from Edmonton, which is famous for its dinosaurs, what her favorite dinosaur was. It had nothing to do with acting, but it was fun to hear the answer.  You could even just something straight crazy like, "If you were a hot dog would you eat yourself?" It lets the subject know things aren't too serious, and at a minimum it's a question they've never heard before. Sometimes those even have the best answers.

4.) If you're into them, like really into them, don't be afraid to ask super deep cut questions. If somebody asks me, "What was your first novel" I instantly switch over to "fuck off" mode, and I'll probably stay that way for the rest of the interview.  Also, the reader doesn't care. But if they're like, "Listen, I noticed in BILLY AND THE CLONEASAURUS you said there were no animals, but then on p. 163 there were a bunch of birds, what was that all about?" then I know the interviewer is actually a fan, and, counterintuitively, that stuff is actually really interesting to the reader even though it sounds like it's only for superfans. Sometimes you find out stuff in those answers you didn't even know you didn't know.

So what do you think?  Do you have any tips or tricks for conducting interviews?  If you've done a bunch, what do you like to hear from your interviewer?  Let me know in the comments below.
Posted by Stephen Kozeniewski at 12:00 PM No comments: