Posted by Stephen Kozeniewski at 1:08 AM No comments:

I think my measured analysis is tough, but fair.
Posted by Stephen Kozeniewski at 5:15 PM No comments: 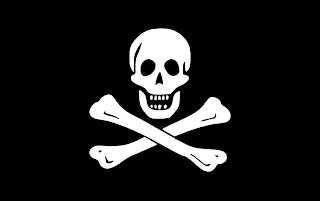 Well, kids, I hate to be the one to break it to you (if I am) but one of my favoriter (shut up, it's a word) months of the year is now going to be reduced to nothing more meaningful than Avril Lavigne's Christian name rendered in English.  Yes, if you worked your way through the logic maze of that last sentence, you probably still didn't realize what I was talking about (except in the extremely likely case that you read the title of this blogpost prior to the content): Script Frenzy is no more.

I have mixed feelings about this.  On the one hand, as I've discussed before on the blog, Script Frenzy was not much more than a lark, as unagented spec scripts are really nothing more than a writing exercise.  On the other hand, there have been years I've really enjoyed it.  Last year I wrote Maverick, LCSW, which was a delight.

Still, I'm very sorry to see it go.  For those interested, there is a sort of pseudo-Script Frenzy during Camp NaNo this year, which I think is in August, but I've never done that camp thing and I'm not planning to start in 2013.  The loss of Script Frenzy as an independent event is sad, and lamentable, but it doesn't mean we have to stop writing scripts and dreaming.  Thanks for following me through it these last three years!
Posted by Stephen Kozeniewski at 12:00 PM No comments:

Posted by Stephen Kozeniewski at 5:20 PM No comments:

Posted by Stephen Kozeniewski at 8:27 PM No comments:

I came across this delightful excerpt from a quarterfinalist in the Amazon Breakthrough Novel Award.  Now, I don't normally pimp the work of others (except for John Dixon and whoever this cat is) but I think this aspiring your wordsmith has got the right...what's that stuff?  So, anyway, it may not affect the contest (although it may, subconsciously alter the perceptions of the reviewers) but I definitely think you should consider giving this strapping young lad a 5-star review.  Or 10*.  Run, my little meat-puppets**, run.


*the management of this blog does not encourage the posting of fallacious reviews on Amazon.***

**the management of this blog really thinks that meat puppet is a pretty ridiculous concept.  I mean, seriously?  Somebody agrees with you because you asked them to and suddenly they're a "meat puppet?"  Why not just say, "this guy disagreed with me and I hate him?"  Fucking Wikipedia.

***except  in this case of this blog's management, in which case, go wild.
Posted by Stephen Kozeniewski at 12:00 PM No comments:

I think my measured analysis is tough, but fair.
Posted by Stephen Kozeniewski at 9:16 PM No comments: