"Exquisite Corpse" is available now for free from Serial Box and on Amazon.  You can check it out on Goodreads as well.

Here are some other places you can learn more about "Exquisite Corpse" around the internet:

Hey, everybody!  If you're looking for something free (and who isn't) make sure to sign up for "Exquisite Corpse" coming at you from Serial Box.  The release is this Friday.  Follow along as some of the best horror writers working today (and me, for some reason) craft a story one chapter at a time.

Follow along as these masters of horror delve into the darkest corners of their imaginations and either set their fellow players up for success, or back them into narrative traps and laugh maniacally as they try to escape. How does it work? It begins with a prompt from horror experts Dread Central. Each author picks up the story where the previous writer left it, adding their own nightmarish short installment and passing it on to the next (un)lucky participant to create a twisty, turny, occasionally peculiar, always terrifying ride. Ten installments will be released hourly for free on October 19th in text (less than 5 mins to read) and atmospheric 3D audio (between 5 and 10 mins to listen).
Posted by Stephen Kozeniewski at 10:01 PM No comments: 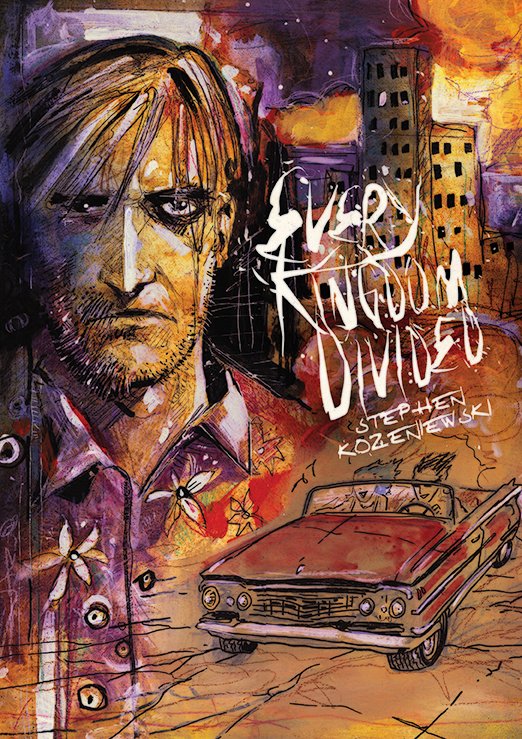 Hey everybody!  I am absolutely floored and crying just a little bit to learn that after being available for just a few hours, the Limited Edition of EVERY KINGDOM DIVIDED from the redoubtable Thunderstorm Books has fewer than 5 copies remaining.  If you see this blogpost and you hurry, you might still be able to grab a copy. Thanks, everyone!

Jack Pasternak, a laid-back California doctor, receives a garbled distress call from his fiancée in Maryland before her transmissions stop altogether. Unfortunately for Jack, citizens of the Blue States are no longer allowed to cross Red America.  He is faced with an impossible choice: ignore his lover’s peril or risk his own life and sanity by venturing into the dark heart of the Red States.

When the armies of the Mexican reconquista come marching into Los Angeles, his hand is forced.  Joined by a wisecracking barista with a shocking secret, Jack heads east in an old-fashioned petroleum-fueled automobile.

The journey is a minefield of dangers, as they face partisan warbands, feral Wal-Mart dwellers, and missionaries from the Mormon State of Deseret.  But all that is merely a prelude to the final showdown between the politicized armies of the former United States, who are poised to clash mere miles from Jack's missing fiancée...
Posted by Stephen Kozeniewski at 4:17 PM No comments:

Email ThisBlogThis!Share to TwitterShare to FacebookShare to Pinterest
Labels: Every Kingdom Divided

Have you ever wanted to listen to "Silverwood: The Door" but been afraid you couldn't afford it?  Well, don't worry, you still have a chance, but you need to enter today!

a Rafflecopter giveaway
Posted by Stephen Kozeniewski at 12:00 PM No comments:

Hey everybody!  If you've followed my blog very long at all you know I do lots of conventions.  Elizabeth Corrigan is one of my convention partners, and a hell of an author.  (Oh, not to mention she got me published my first tiem around - making her my oldest friend in the industry.)  She's got a new novel coming out next month, the sequel to CATCHING A MAN, which, if you haven't read, you're missing out.  But enough from me, let's check out the new book and learn a little bit about it.

About STAYING ON TOP: 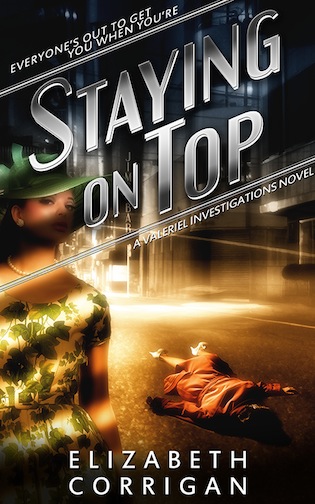 Kadin Stone should be over the moon—or at least one of the two moons that grace the sky of Valeriel City. She has a great job working as an aide for one of the best homicide detectives in the city, and her boyfriend is on the verge of proposing. Getting married means she’ll have to give up her day job, but wedding bells have been her life goal for as long as she can remember. But she’s not happy, and she can’t quite figure out why.

Kadin cleared Baurus of a murder charge six months ago, and she thought that was the last she’d see of him. After all, they move in completely different circles. But Baurus has need of a homicide detective after a rising film star dies at one of his parties. He’s convinced Kadin is the only one who can solve the case. Kadin’s only too happy to lend her expertise, but as the case progresses, she gets the feeling that Baurus wants more from her, and she’s not sure what she has to offer.

As the case leads Kadin from one tawdry secret to another—secrets only she seems capable of uncovering—she questions whether marriage is what she wants out of life. But it’s not always easy to decide whether to follow your dreams or follow your heart.

Elizabeth Corrigan has degrees in English and psychology and has spent several years working as a data analyst in various branches of the healthcare industry. When she's not hard at work on her next novel, Elizabeth enjoys singing, reading teen vampire novels, and making Sims of her characters. She drinks more Diet Coke than is probably optimal for the human body and is pathologically afraid of bees. She lives in Maryland with two cats and a purple Smart Car.

SILVERWOOD: THE DOOR
by Brian Keene, Richard Chizmar, the Sisters of Slaughter, and Stephen Kozeniewski 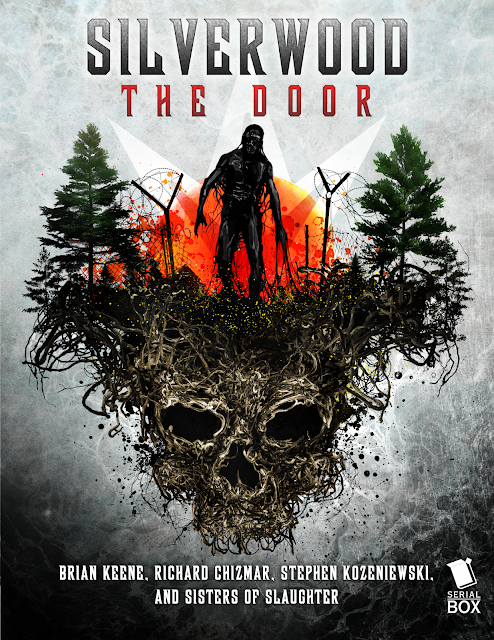 I've been talking about it all year, and the day is finally here.  Do you dare to open...The Door?

Deep within the forest of Silverwood, California, a crack between dimensions has appeared. A dark force that lurks among the trees is growing stronger, determined to return home if it can only gather the strength to open the door—bad news for a Cub Scout troop and the employees of Hirsch Capital on a company retreat nearby. As their darkest fears and impulses power the mysterious force, their bonding exercises take a deadly turn. Will anyone be able to keep their minds long enough to close the door before our world is torn apart?
Posted by Stephen Kozeniewski at 8:36 PM No comments:

The Most Horrific Wedding You'll Ever Attend (Redirect)

As a Very Important Writer™ I only have so much time in the day, and I already wrote a blogpost today, so go check it out over at my group blog, Across the Board!


Posted by Stephen Kozeniewski at 11:11 PM No comments: