Women in Horror Month #2: A. Giacomi, Author of the ZOMBIE GIRL series

I'm very pleased to welcome a familiar face as our second guest for Women in Horror Month.  She's stopped by the blog before and even earned a rare Manuscripts Burn review for her debut novel EVE BRENNER: ZOMBIE GIRL.

A. Giacomi (aka The Poetic Zombie) is one of the bright lights in the degrading darkness that is my social media feed.  She's a mother to a brand new person (and another, slightly less brand new person) and also wrangles little tiny Kindergarten-aged people for a living.  And somehow she still has time to write poetry and zombie novels. 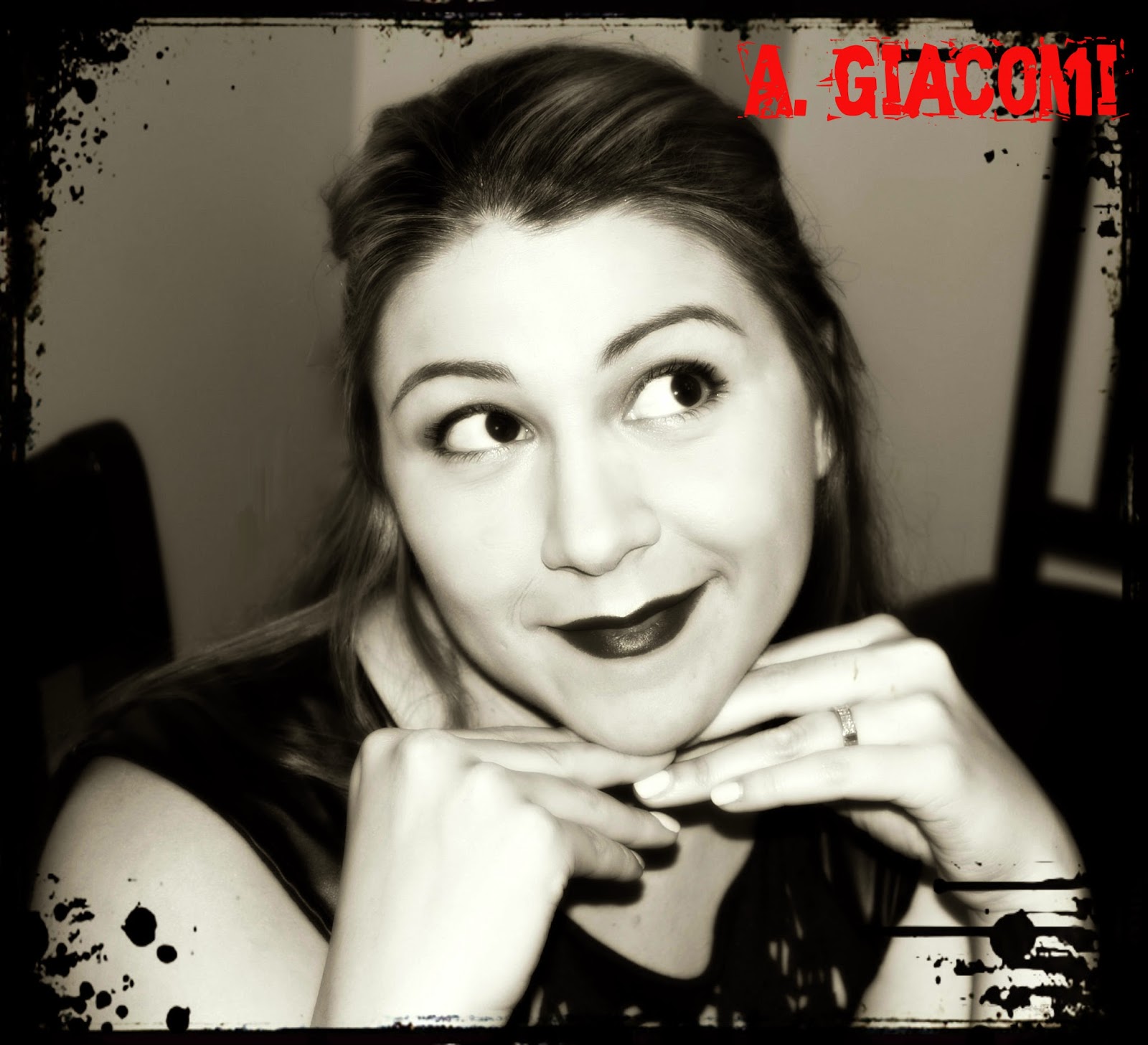 A. Giacomi is an author, artist, and educator from Toronto, Canada. She is the mother of two tiny humans who inspire her to create weird and wonderful works that are both giggle-worthy, bizarre, and unique. When she’s not hanging out with her family she can be found slapping paint around or typing at light speed on her laptop (that is, when the rest of the house is napping or sleeping.)

Although she mainly writes in the horror/supernatural genre, she also dabbles in poetry, thus gaining the nickname: The Poetic Zombie. She’s a big fan of “cute” but “creepy” which started when she was a wee one and read lots and lots of R.L Stine way past her bedtime. That and she loves zombies! She never misses a TWD or iZombie episode, and the comics? Don’t even get her started on her love of comics! To her, they’re art!


SK:  What are your horror bona fides?

AG:  I'm a verified horror fan since the young age of five. Yep five year old me loved scary everything! I was the kid who went all out for Halloween and I never wanted to be the pretty pretty princess (unless of course I could be a zombie princess). I secretly wish everyday was Halloween!

The first horror film I ever saw was "Evil Dead", sure it was a bit campy but I'm still quite a fan of campy horror classics. I love the cheesy make-up and special effects. Give me a classic monster movie any day and I'm a happy Crystal Lake Camper.

Along with loving horror films, horror is pretty much all I read. If I can't be frightened by what I read then I don't enjoy it as much. Sure I read other things, but I can't help loving the adrenaline rush of a creepy tale!

SK:  Who or what terrifies you?

AG:  Believe it or not what really scares me is real life. Watching the news these days is horrifying enough. Ghosts? No problem! Zombie apocalypse? I have a whole escape planned out, but real people? They're sort of unpredictable, unlike horror movies which are fairly predictable and formulaic. On a side note, I hate clowns and dolls (especially the more life-like ones) They just creep me out. SO DON'T BRING ME A CLOWN DOLL, I may faint lol.

AG:  I think there will always be critics labeling it "girl horror" which somehow makes it less legit horror? Not sure why this notion is out there, so many women write great horror novels, it would be sad to see them overlooked because of gender. I think for the most part women support women in this genre, and there are definitely some awesome men who support women in horror as well (like yourself), but if I say gender is irrelevant I'd be lying. I think if I wrote "mommy knows best books" people wouldn't bat an eye, but because I write horror, people give me this look like...seriously? Yep seriously, I'm a girl who likes scary stories. Deal!

AG:  When it comes to literature I have always loved Anne Rice. She brings vampires to life in a whole other way, she shows us their humanity alongside their inhumanity. I love that. The monster isn't always fully a monster, they're complicated. That's something that echo's in my ZOMBIE GIRL Saga and throughout all my writing. Other shout outs include Charlaine Harris and Shirley Jackson. Now if we're talking anything other than horror novels, I can't go without mentioning the Queen of Scream, Elvira. I watched her growing up and she honestly did make everyday Halloween, if ever there was a cooler horror queen, I haven't met her yet. Maybe someday The Poetic Zombie and Elvira can hang out?  (extremely wishful thinking)

SK:  What are you working on currently? Why should folks check it out?

AG:  I have two novels out in THE ZOMBIE GIRL Saga, the final two have yet to be scheduled but they're a must read. I know people see the word "zombie" and roll their eyes. Yes the market is flooded with zombie tales, but this one isn't quite like all the rest. It adds elements of the supernatural and gives zombies a new history and back story. It's not a virus this time or any sort of mutation, it's so much more and it's creepytastic!

Now that I have two kiddos it's no wonder that I'm working on some children's books as well. I assure you they won't be your run of the mill kiddie books, but hey horror can teach as well! Just look at Grimm's Fairy Tales ;) 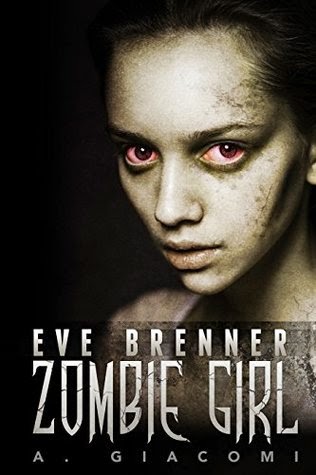 Eve used to be an ordinary girl, from an ordinary town, with ordinary dreams, but her dreams rapidly turn into nightmares when one grave mistake leaves her a little less than human and a lot less average.

Eve’s not quite the same girl she used to be. She desperately clings to her humanity as new desires, new abilities, and new urges take over with each passing day.

Eve Brenner: Zombie Girl is a tale that takes you on an emotional and terrifying journey as Eve struggles to cope with her new life and find a cure for her strange illness before time runs out. She desperately clings to her humanity as she tries to control the monster she knows is lurking inside her.

Turns out living was the easy part.

Purchase it on Amazon, Barnes & Noble, Smashwords, and Kobo.
Posted by Stephen Kozeniewski at 12:00 PM