Welcome back, everybody!  I'm very pleased today to be able to bring you one of the finest horror authors working today.  Let's meet her briefly and then jump right in! 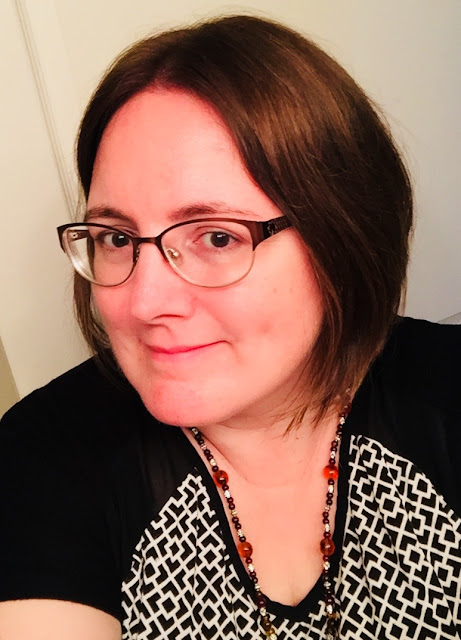 Gemma Files was born in London, England and has lived all her life (thus far) in Toronto, Canada. She has been an award-winning horror author since 1999, as well as a film reviewer, a teacher, a screenwriter, a journalist, a singer and—eventually—a mother. She also makes jewelry. You can find her on Twitter, on Facebook, and on Tumblr. Her ostensible pro site is http://musicatmidnight-gfiles.blogspot.com/, but it hasn't been updated in quite a while. She is currently hard at work on her sixth novel.

GF:  I've been writing professionally for about thirty years at this point—journalism, film criticism, fiction—and what I write, primarily, has always been horror. My first important credit probably came back in 1999, when I won an International Horror Guild Best Short Fiction Award for my story “The Emperor's Old Bones,” beating out both Neil Gaiman and Kim Newman. Since then, I've published five novels, over a hundred short stories, four fiction collections and three books of speculative poetry. I won both the 2015 Shirley Jackson Best Novel Award and the 2016 Sunburst Best Novel Award for my book EXPERIMENTAL FILM. I also teach, currently at LitReactor.

GF:  I've always been terrified by the morally contortionist lengths people will go to in order to avoid looking at their own capacity for darkness, let alone acknowledging it. Maybe it's just that (as an undiagnosed neuroatypical woman in a neurotypical world, let alone the mother of a son with special needs) I've spent most of my life thus far either wondering exactly what the hell was “wrong” with me or what I must have “wrong” and how to live with it, but the very idea that there's some sort of default standard of acceptable “normalcy” which A) is always the same for everybody and B) can never, ever be questioned or debated on pain of social excision has always stuck me as an intensely dangerous one. We're definitely seeing the results of that particular delusion going unchecked right now, globally: tribalism, “nationalism,” capitalism as cannibalism. For me, horror has always been the one genre that embraces the concept of survival through self-knowledge, bending rather than breaking, looking for light through the cracks of a broken, hollow, unknowable world—accepting that fear, as Gavin de Becker once put it, really is a gift, especially in dangerous times. That perhaps it's worth feeling because it makes you vulnerable, enough so to understand what you really love enough to die for.

GF:  There are social challenges to being identified as female, and always have been—that's not debatable, just like there are challenges which come along with being a member of any group not part of the default (not straight, not white, not male, not cis, not “able,” not financially stable, etc.). And those challenges do tend to carry over into horror, the same as they do everywhere else. I think it's useful to realize that if you stick all those non-default groups together, however, we outnumber the default by quite a lot—thus the challenge of intersectionality, of perceiving similarities and rejecting differences, of knowing when to put up and when to shut up. I've been supported by other women for most of my professional life, even back when being “one of the boys” was a badge of honour, and while I certainly don't hate men, I've really learned to value that support.

Similarly, the only place where being identified as female is really irrelevant, I've also learned, is inside your own head—you can write about anything and anyone, from any perspective, while both still holding fast to what makes you you in real life and simultaneously understanding that no one else's identity undermines your own: that no one else's marriage invalidates my marriage just like no one else's basic human rights undermine mine, etc. Where I think you have to be very careful is in understanding that the feelings which drive horror most—fear, dread, existential terror, numinous awe, et al—come most strongly out of the ways in which we are alike (parenthood rather than motherhood or fatherhood, hunger for connection in general rather than hunger for connection with a socially acceptable object of desire, and so on). All of us are selfish, all of us separate the world into things we feel comfortable loving and hating, all of us hope we're doing the right thing; none of us want to die, even when we do. All of us are afraid, when you come right down to it. We're capable of anything—that's the amazement of being human, as well as the awfulness.

GF:  All the writers who first inspired me back in the day were female-identified: Tanith Lee, Anne Rice, Nancy A. Collins, Kathe Koja, Billy Martin (then writing as Poppy Z. Brite), Caitlín R. Kiernan. I mean, I already knew that there were men out there writing the stuff I was most interested in, from Stephen King and Peter Straub to Clive Barker and Robert Aickman, but these were the people who really showed me that women could go hard, get gruesome, talk honesty and poetically about the full spectrum of horror effects. I wanted jewel-encrusted skulls, dangerous sex of every type, every body as a book of blood, high fucking punk nihilism opera, and I got it. I've been trying to live up to their example ever since, while connecting with a whole generation of new female-identified writers at the same time. These days, my heroes are people like Nadia Bulkin, S.P. Miskowski, Kristi DeMeester, Sunny Moraine, Elizabeth Hand, Livia Llewellyn, and Silvia Moreno-Garcia, just off the top of my head—but more every day, thankfully. It's a great time to be alive.

SK:  What are you working on/promoting currently?

GF:  At the moment, I'm bouncing back and forth between a novel, a book of essays and whatever short work I immediately owe somebody. The two things I have out right now are a pair of short fiction collection from Trepidatio, SPECTRAL EVIDENCE and DRAWN UP FROM DEEP PLACES. The first is fairly straight-up horror with an urban gothic slant, while the second is more dark fantasy-inflected, weaving back and forth between two story-cycles set in different time-periods. Both hopefully bring the creep.

SK:  Why should folks check them out? 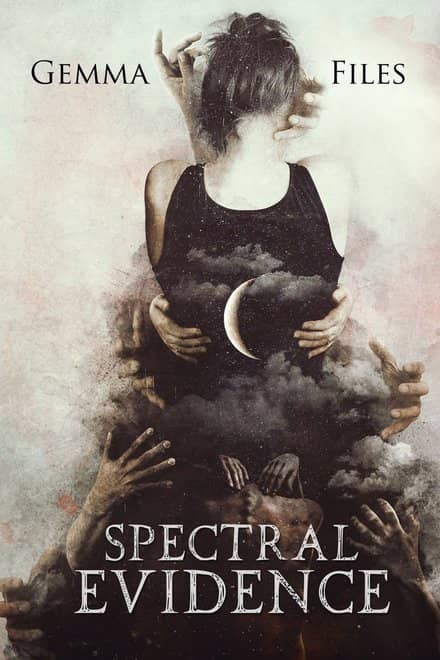 For almost thirty years, Shirley Jackson Award-winning horror author Gemma Files has consistently served up tale after tale celebrating monstrosity in all its forms: the imperfect, the broken, the beautifully alien and the sadly familiar. Her characters make their own choices and take their own chances, slipping from darkness into deeper darkness yet never losing their humanity--not even when they're anything but.

An embittered blood-servant plots revenge against the vampires who own him; a little girl's best friend seeks to draw her into an ancient, forbidden realm; two monster-hunting sisters cross paths with an amoral holler-witch again and again, battling both mortal authorities and immortal predators. From the forgotten angels who built the cosmos to the reckless geniuses whose party drug unleashes a plague, madness, monsters and murder await at every turn. And in "The Speed of Pain," sequel to the International Horror Guild award-winning story "The Emperor's Old Bones," we find that even those who can live forever can't outrun their own crimes....

Following in the footsteps of her critically praised KISSING CARRION, THE WORM IN EVERY HEART, and WE WILL ALL GO DOWN TOGETHER, this is the first of two new Gemma Files collections from Trepidatio Publishing, bringing together nine of her best stories from the past ten years. So whether you're returning to Files's dark dreamlands or visiting for the first time, we advise you to get ready to review the--