Hey, everybody!  I'm very pleased I was able to wrangle today's guest into appearing on the blog.  Let's all give a warm Manuscripts Burn welcome to the legendary Kelli Owen!  Oh, and she didn't come empty-handed.  Her novella WAITING OUT WINTER is on sale for only 99¢, so go check it out! 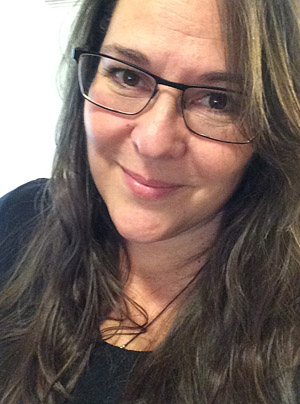 Kelli Owen is the author of more than a dozen books, including the novels TEETH and FLOATERS, and novellas WILTED LILIES and WAITING OUT WINTER. Her fiction spans the genres from thrillers to psychological horror, with an occasional bloodbath, and an even rarer happy ending. She was an editor and reviewer for over a decade, and has attended countless writing conventions, participated on dozens of panels, and spoken at the CIA Headquarters in Langley, VA regarding both her writing and the field in general. Born and raised in Wisconsin, she now lives in Destination, Pennsylvania.

KO:  Some of my earliest memories are horror—be it books, movies, or simply Halloween. While I was working up the guts to submit for publication, I ran a large horror website where I pimped, pushed, and peddled those with thicker skin than myself through reviews, interviews, news, etc. As my skin grew tougher, I began editing for those around me in the genre. Now (skin thickened, guts good to go) I’m the author of over a dozen books of dark fiction, often teetering between thriller and horror, but occasionally landing squarely in the bloody genre.

KO:  The easiest answer: heights and woodticks. The expected answer: something horrible happening to my children. The truthful answer: the dark. I’m actually, not kidding about this, completely totally absolutely and unabashedly afraid of the dark. In hotels, the bathroom overhead stays on to give just enough light. At home, it was always the hallway or closet or a nightlight. I currently have an awesome moon that glows next to me. I’d rather stare at the shadows cast and come up with crazy scary story ideas, than sit in the dark and wonder what is watching me.

KO:  Unfortunately, issues do exist. A little on the side of editors and publishers, though in a true blind taste test I think it’s absent (read as: they’re aware and getting better). More so, I find it is still a thing with the readers (which affects the business side because if publishers don’t think it’ll sell, they won’t put it out).

Considering those readers (who believe women can’t write horror), I honestly believe it comes down to semantics. What I call horror and what Joe Schmoe calls horror may be different, because “horror,” as an adjective used for fiction, was nothing more than a lovely marketing move we are now stuck trying to define, redefine and fulfill. There are so many subgenres you can tag on before “-horror” it is both easier to find a niche to survive and thrive in, and harder to break out of the misconception that women can’t possibly know what scares a man. And then we run into the conversation about “scaring” someone with horror rather than disturbing, upsetting, grossing out, etc. It’s as tangled a conversation as it is an issue.

KO:  Icons? Mary Shelley and Emily Dickinson completely molded my pre-pubescent love of writing. V.C. Andrews and Anne Rice made puberty interesting. Since then, I’ve had too many favorites to even fathom an honest answer without the guilt of forgetting someone (many of them are colleagues at this point, which is delightful in and of itself).

Fictionally, I’ve always adored certain characters. Drusilla from "Buffy"/"Angel" both delights me and terrifies me with her broken mind and innocent psychosis. Cersei Lannaster from "Game of Thrones" (there’s zombies, it’s horror!) is absolutely brilliant—she’s wicked and wonderful and hated for all the wrong reasons. And of course, to wrap back around to childhood, Maleficent will always be my favorite Disney character.

KO:  My next two novels are a coming-of-age thriller and an honest to goodness ghost story, respectfully. Meanwhile, I’m still heavily promoting my latest release TEETH, wherein I’ve completely rewritten the mythos of vampires into a reality that is science-based, but also touches on the horrors of both their nature and a society which is prejudiced against everything. Why should folks check it out? Because I really did reinvent them and it was a daunting terrifying task, but one I believe I pulled off (if the critics are to be believed).


All myths have a kernel of truth. The truth is: vampires are real.

They look and act like humans. They live and love and die like humans. Puberty is just a bit more stressful for those with the recessive gene. And while some teenagers worry about high school, others dread their next set of teeth.

Vampires are real, but in a social climate still struggling to accept that truth, do teeth alone make them monsters?
Posted by Stephen Kozeniewski at 12:00 PM