Willkommen, meine Damen und Herren!  Today we have a very special and exciting guest on the blog, the one, the only...*checks notes*...Katrina...Monroe?  That doesn't look right.  Yeah, I guess that's who it is.  Katrina is the very talented author of SACRIFICIAL LAMB CAKE, comin' at ya from Red Adept Publishing.  Katrina has written some...rather unconventional rules for writers to follow.  So let's meet the guest and then dive right in!  And, as always, make sure to stick around to the end for a giveaway!  Giveaway, yeah! 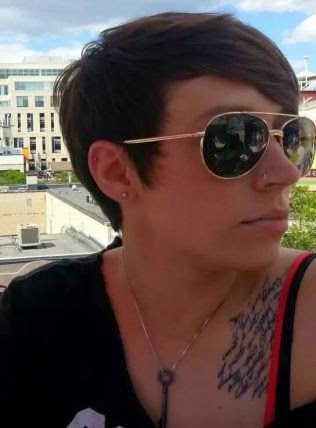 Katrina Monroe is a novelist, mom, and snark-slinger extraordinaire.

Her worst habits include: eating pretty much anything with her fingers,  yelling at inappropriate times, and being unable to focus on important things like dinner and putting on pants.

She collects quotes like most people collect, well, other things. Her favorite is, “If you have any young friends who aspire to become writers, the second greatest favor you can do them is to present them with copies of The Elements of Style. The first greatest, of course, is to shoot them now, while they’re happy.” – Dorothy Parker


Before you get your panties in a bunch—but Katrina! We’ve heard ALL THE RULES about writing!—Yes, you have. I don’t have any writing rules for you other than to sit your butt in the chair and do it. These little nuggets of wisdom are simply my rules for adulting; for getting through life without bungling it up too badly.

This is one of those things NO ONE thinks about until you’re standing on the sidewalk, drenched, fumbling for your keys in the wrong pocket because you’ve got the groceries in the wrong hand AGAIN. As a matter of fact, buy three. While you’re at it, get some fabric softener. You’re an adult, damn it.

2. Embrace the use of profanity.

I’ve always taught my daughters that there are no such things as “bad words.” There are only special words that require skill in their proper execution. If I call my jerk of a cat a twat-waffle because she tracked litter all over the hallway again and it offends you, then maybe you need to spend some time in a writing classroom. Words are awesome and crazy and useful and wonderful. Stuffing them beneath a rock because you’re “offended” by their use is no way to live. Remove the stick from your sphincter, friend.

3. Polka dots over stripes EVERY TIME.

This is just common sense. Moving on.

Fiction, genre fiction, non-fiction, the Campbell’s soup label, the back of the cereal box… You will always find out something you didn’t know either about yourself or your world—both of which are invaluable.

Sometimes, the ink blot is just an ink blot. It is not your great Aunt Edna back from the dead to tell you that your life is spiraling out of control; it’s just a shadow. The world isn’t falling apart because you didn’t get that job/contract/sweater. Calm down. Take a breath. Try again.

This ties in with number five. As a comedic writer (or what I imagine writing comedy to be—I could be nine miles on the ugly side of Dead Wrong), I find it important to find the funny in every day. It’s especially important to laugh at yourself occasionally. It’s either that or suffer emotional breakdowns every time you start the Keurig without a mug beneath the spouty-thing.

7. Never over accessorize. Or do. Whatever.

I’m not here to tell you what to wear. Neither is anyone else. Put clothes on your body. Put more clothes on. Or less. Wrap yourself in garbage bags and Christmas lights. Shave your head. Grow your hair out. Shave. Don’t shave. Paint scales on your face and change your name to Flounder. You’re the only person who can be you, so you might as well do it LOUD.

Particularly those bendy, fluorescent ones that change color with the cold.

9. Get the extra shot of espresso.

Carpe caffeinum! You’ll need it after all those color-change tests, conducted with various combinations of ice in your rum and coke.

Not everyone has the chance to work in a field they truly love. Anyone who tells you their life’s passion is to take shitty photos at the DMV is lying. Despite your job situation, make time for something you do love. Write. Paint. Compose music. Weld weird shit out of old silverware and aluminum. Or don’t do anything creative. Learn a new language. Go roller skating. Lay in the grass and count the number of ants that crawl across your nose. Whatever it is that balances you—that puts a hole in the stress balloon—do it and never feel guilty for it. Unless your thing is murder. Maybe don’t do that. 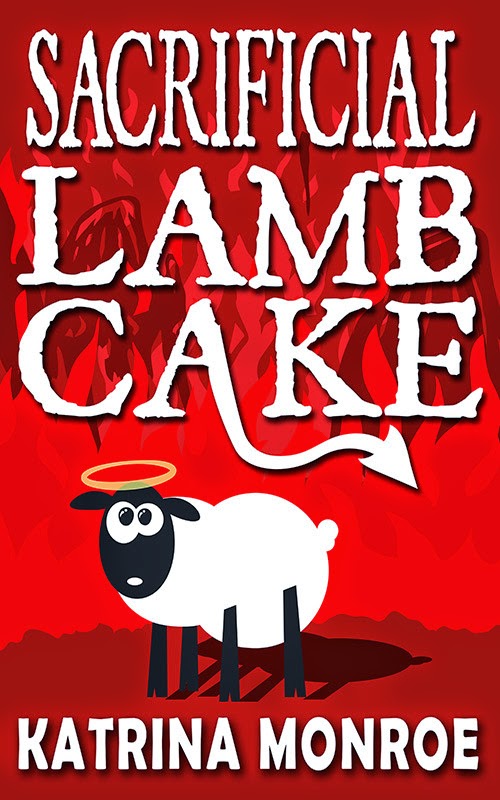 Rain Johnson escaped the insanity of her radical environmentalist family, only to end up waitressing for a living. Her scale of success—with her at the bottom—only goes as high as that college degree she never got, until she gets one hell of an epiphany from a Trinity Corporation public-relations guy who calls himself Jude. He tells her she’s the Lamb of God, and it’s time for that whole Second Coming thing. But when her first minor miracle gets her arrested and an ecoterrorist using the name Messiah starts blowing up pesticide plants, Rain and Judas are in for way more apocalypse than either of them expected.

Jude scrambles to save his personal plan for salvation, but Lucy, the devil herself, has her own well-laid plans. It doesn’t matter that Rain’s a conflict-avoiding lesbian and Jude is history’s worst traitor. They’re all that stands between humanity and an end of the world that wasn’t supposed to happen.

Get your copy on:

And tell your friends about it on:

a Rafflecopter giveaway
Posted by Stephen Kozeniewski at 12:00 PM

Email ThisBlogThis!Share to TwitterShare to FacebookShare to Pinterest
Labels: Guest