Today's guest first came to my attention when I read her absolutely heart-wrenching (non-fiction!) defense of the zombie genre on Ginger Nuts of Horror.  (It was also my introduction to Mr. Wiggles, a character I fully intend to steal one day.)  Ever since then I've wanted to have her on the blog, and today she graciously agreed!  So let's briefly meet her and then dive right into the interview. 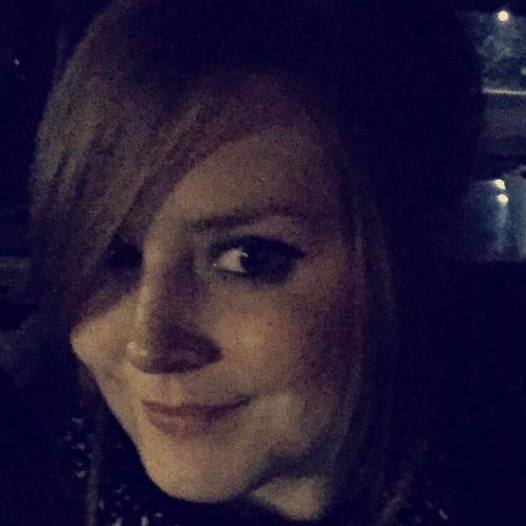 Kayleigh Marie Edwards is a playwright and a fiction and non-fiction writer from South Wales. She's been published in several anthologies and regularly writes articles and reviews for The Spooky Isles and Ginger Nuts of Horror. She mostly enjoys zombies, and cheese, but apparently cheese is irrelevant for a bio. She disagrees - eating cheese before bed time is where most of her ideas come from. Even though she's 30, she lives alone with her cat. She's fine with it. Fine. With. It. She can be contacted at ofthedead@hotmail.co.uk.


SK: What are your horror credentials?

KME:  I suppose I'd have to list my uni degree in my credentials! I studied Theatre and Media, but basically angled everything I could towards horror. My final dissertation was on "The Walking Dead," and I wrote a zombie comedy theatre script for my major project. Much to my shock, it ("Kill 'em in the Brain") actually got staged a couple of times! I carried on in uni to do a Masters in Scriptwriting, and same story applies there really, it was all about the horror. I guess the lesson here is that you can literally get a degree in anything these days!

Degrees aside, I've grown up pretty obsessed with horror. Everyone in my family are Stephen King fans, and we basically communicate in horror movie quotes.

KME:  I'm not religious or superstitious, but ghosts and the idea of being possessed scares me more than most other stuff - apart from the notion of going insane. That really terrifies me. Sometimes I wonder if I actually tried, would I be able to drive myself mad with my thoughts? I don't know! I guess a full on mental collapse could happen to anyone, under the right circumstances, so that's something I live in fear of!

KME:  I think that being a 'woman in horror' has some unique challenges, but it depends on your target audience, I guess. It's a male dominated arena (especially when you look at the man/woman ratio at horror cons, and the number of men involved in producing horror films compared to the number of women involved). I think (I've been told by some male 'friends' hmmm) that there's this assumption that if you're a woman writing horror, then you're probably writing about sparkly vampires, or vampires who wear frilly shirts, or sexy vampires who bleach their hair and own cool bars.... you see where I'm going here).

I mean no disrespect to the women who DO write those books (I'm a fan of most of them!), but the typical demographic for those books is women, and that's not what I write. Sometimes I worry a bit about how to market myself without excluding anyone - but then I suppose that nobody's audience is everyone!

I've also been told (you know, in those kind of lists like '10 Tips for Getting Published'), that it's harder to get a publisher/agent to even read your work if you're a woman writing in horror. Apparently, we go to the bottom of the pile. I'm not sure how that can be true though, and I've not found that whatsoever in the indie and small press community.

KME:  The first female horror icon that springs to mind, for me, is Vera Farmiga. I know that might be a weird one, since she's an actor and not someone revolutionary in the field, like Mary Shelley, but I think she's so fantastic in her 'horror' roles. I first saw her in "The Conjuring" and sympathised with her more than any other character from a horror movie, and then I got obsessed with her after seeing her performance in "Bates Motel." I think she has a real talent for tapping in to the emotions that lead to terror and communicating that to an audience.

I'm also a massive fan of Gale Anne Hurd. She's a producer with an eye for a good horror project, I think. She's been involved with so many awesome films but I know her most for being the producer for "The Walking Dead" (and "Fear the Walking Dead," and "Talking Dead!"), and she produced my favourite movie ever, "Aliens." She also worked as an executive producer on "Terminator 2," and "Tremors." This wouldn't have meant a lot to me before I learned that the producer is basically the God of the project, and without her, a lot of my favourite things may not have turned out the way the are.

KME:  I'm working with Sinister Horror Company on a collection of short stories. I'm quite excited, as this will be my first book in print that's just me! People who like a mixture of straight up horror and a bit of a giggle might like it. If I can, I'd like to mention that I feel really flattered that SHC are working with me - I think I own everything they've printed! They're a really talented bunch so I'm delighted to have my name added to their ranks. 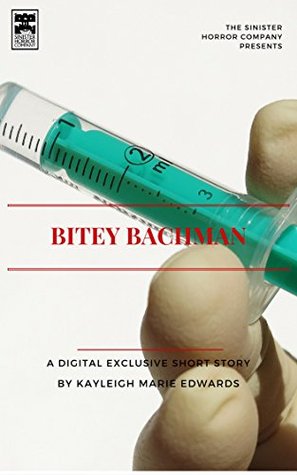 Brian, a regular guy (despite his love of a certain musical), just wants to finish up his long and weird night at work in peace. Unfortunately, life has other plans for him. Working at a mental institution for the criminally insane can be a bit chaotic on a normal day, but on this particular night, Brian finds that things get a bit out of hand. A hysterical patient here, the jab of the wrong needle there, and all hell breaks loose. Short-staffed, expecting a useless trainee any minute, and obligated to work overtime to help out his peach of a boss, Brian isn’t having the best of nights. Things only get worse when a body goes missing and certain individuals get a bit bitey. Luckily, the trainee turns up just in time...To render him unconscious.

Luckily for Brian, this is the night he’s always been planning for.
Posted by Stephen Kozeniewski at 12:00 PM