Hey everybody!  I first heard about today's guest when I appeared last month on The Horror Show With Brian Keene.  Brian was comparing her to such luminaries as Sarah Pinborough and The Sisters of Slaughter, and I thought to myself, "Ah! I have to get her on the blog!"  And now she is!  So without any further ado, let's meet her and then jump right into the interview. 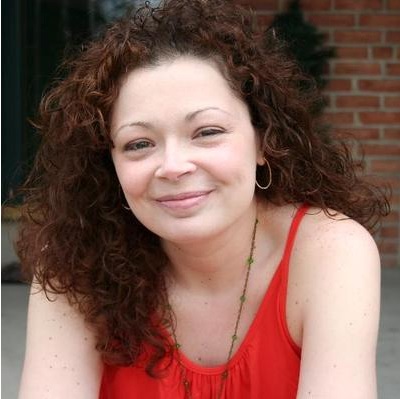 Somer Canon is a minivan revving suburban mother who avoids her neighbors for fear of being found out as a weirdo. When she’s not peering out of her windows, she’s consuming books, movies, and video games that sate her need for blood, gore, and things that disturb her mother.

For more info about Somer including social media links and a list of her published works, check her out at SomerCanon.com!

SK:  What are your horror credentials?

SC:  I am the author of the novella, VICKI BEAUTIFUL as well as the Halloween themed short story, "Mischief."  Other than that, my credentials are strictly as a lifelong fan of the genre.

SK:  Who or what terrifies you?

SC:  Deep murky water scares the ever-loving crap out of me. The ocean. Lakes. Deep rivers. My imagination gets a death grip on any semblance of a calm demeanor and sends me scrambling back to dry land where there are wonderfully terrifying things such as spiders that jump. But at least I see them.

SC:  I think that the point of view of a woman in horror situations, told by a woman, is something the genre could certainly use more of. Having said that, I have seen completely lovely and fair representations of just that told by men. Are there more working writers who are men? Sure, but I’ve never once felt that I’m the little girl intruding on the big boys’ territory. Gender isn’t irrelevant for either side, we need those stories because we all want to identify with those characters and in order to get those characters, we need writers who can truly put us in their shoes.

Horror is beautiful because it is so open to being inclusive. Of all the crap horror as a genre takes for being base and crude, it has always been magnificent at telling it’s tales from different points of view. Being a woman in horror hasn’t come with any hindrances simply because of my gender.

SC:  Character-wise, I’ve always had a strong love for a good female villain. The final girl thing tends to get a little tired and cliché, but a good woman villain can really get under your skin! In no order, Margaret White (CARRIE’s mom), Pamela Vorhees (Jason’s mom), Annie Wilkes (MISERY) Lionel’s Mom from "Dead Alive," and Ellen Rimbauer from "Rose Red."  They’re strong, they’re scary, and they do some real frickin’ damage.

Then there are the classic horror writers like Mary Shelley, Shirley Jackson, V.C. Andrews, and even Emily Dickinson. But you know what? There are female horror writers who have not yet, but will someday achieve icon status and they’re writing today and they’re doing beautiful, deadly work. I’m a big fan of Sephera Giron, Catherine Cavendish, The Sisters of Slaughter (Michelle Garza and Melissa Lason), and Chelsea Quinn Yarbro.

SK:  What are you working on/promoting currently? Why should folks check it out?

SC:  I’ve got four works out for submission right now and I’m finishing up book three in a series of standalone books about witches. If anyone wants to check me out, the best place to start is my website somercanon.com. Why should folks check me out? So I don’t fade into absolute obscurity, I guess! 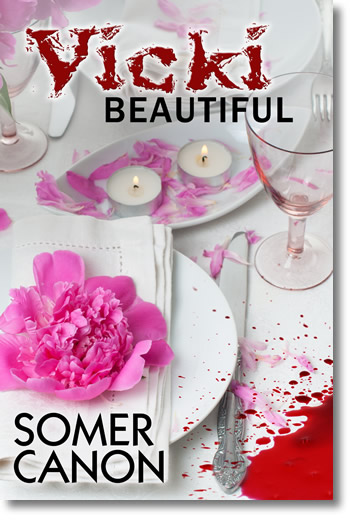 One last taste of perfection…

Sasha and Brynn descend upon the showplace home of their girlhood friend, Vicki, planning to celebrate her surviving cancer to reach her fortieth birthday. As they gather around Vicki’s perfectly set dinner table, though, her husband shares devastating news. The cancer is back, and she doesn’t have long to live.

Her life is cut even shorter than Sasha and Brynn expect—the next morning, their friend is found dead, her flawless skin slit at the wrists. But a tub full of blood is only the beginning. Before the weekend is through, they are forced to question how far they’re willing to go to fulfill Vicki’s last wish.

A very specific, very detailed recipe that only the truest of friends could stomach…
Posted by Stephen Kozeniewski at 12:00 PM